On Saturday 23 February ‘Kids Need Both Parents’ were Main Match Sponsors for the Birmingham City v Blackburn Rovers Match. We decided to run a competition for Young Carers as these are the children who often have to miss out on things to care for someone in the family who is ill or has a disability.

We invited 5 families to enjoy a VIP Day Out at the Blues. They met outside the Kop reception and had their photos taken before they were taken inside to go on a tour of the ground. 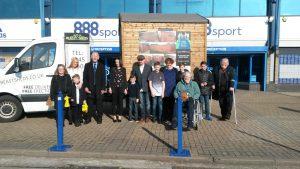 Barnaby was chosen as the Mascot for this match. Here is his story:

Barnaby is nearly 7 and he is remarkable for caring for his older brother Maxwell. Max is nearly 10 now and he was diagnosed at 3 with very low functioning non verbal Autism as well as other disabilities. He needs 24/7 care and he’s still in nappies and has no sense of danger and can’t talk. But Barnaby is his voice, his best friend and his protector. All his own doing. He helps his Mom and Dad with personal care for Max and he stands up at school doing talks on Autism and how he doesn’t mind missing parties or play dates because Max is having a meltdown. Maxwell dosen’t sleep longer than 3 hours a night and Barnaby is often found reading to him or cuddling him. 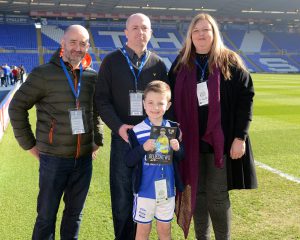 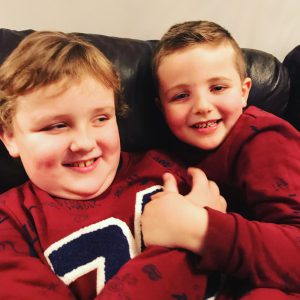 Kaylen was nominated by his Mom Becky and his Grandad Andrew. Here is his story:

Becky nominated Kaylen who is 6 years old and is incredibly strong on a daily basis dealing with his 2 sibling who are 7 and 24 months with severely complex needs. He manages their needs so well and amazes his Mom as to how he copes with the struggles in their life.

Andrew, Kaylen’s Grandad also nominated him. Kaylen’s brother Tyler is 7 years old and has chromosome translocation, feeding issues and learning difficulties. Emilee, his sister is 24 months old and has a rare genetic epilepsy which causes seizures and intellectual disabilities and needs 24 hour care. Kaylen helps his Mom all the time with his brother and sister who need constant attention. Kaylen loves doing things with them and he is so thoughtful that he wants his brother and sister to go to the match even though they can’t.

Kaylen was chosen to lead the team out. 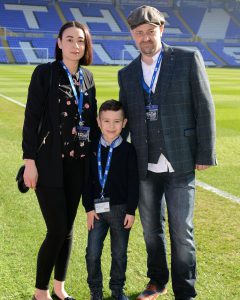 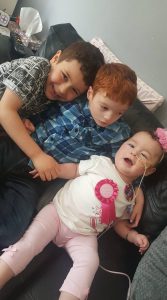 Matthew was chosen after being nominated by his Mom Miranda. Here is his story:

Matthew is 13 years old and he is an amazing young carer. His older brother had ASD, ADHD and anxiety disorder. Whilst he s high functioning, he is impulsive, no sense of danger, needs support and reassurance. Matthew provides support, companionship, to help his brother. He also helps round the house with jobs, cooking etc to help out. 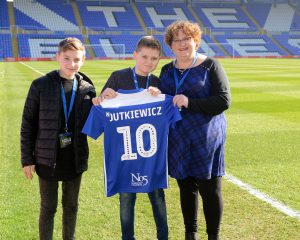 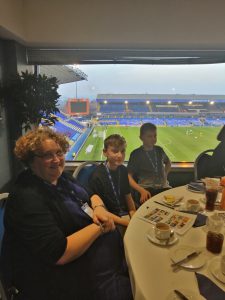 Ben was chosen after being nominated by Steve (his Dad), Linzie and Stav. Here is his story:

Ben helps AccesiBlues members by loading them in and out of the vehicle, aiding them to the toilet and in and out of the stadium. Ben does this for every match, home and away. Ben also assists his dad Steve at home and helps care for his siblings. He love doing D.I.Y and always jumps at every opportunity to help.

Ben is a young carer for his dad at home and also his family, he helps dad out with everyday duties that dad requires being disabled. Also Ben is a huge help to a lot of people who are physically disabled and also able-bodied people at Birmingham City home and away games. Ben knows everyone’s routines, likes, dislikes and needs and does everything he can to help everyone. He is a very kind and caring young lad who really deserves a treat for everything he does, even assisting carers to help make things easier for them.

Ben does an amazing job helping out his dad, but not only his dad but other wheelchair users, especially when Steve drives his minibus to away games. He is so patient and caring but also has banter and makes everyone laugh as well. He really does deserve recognition. 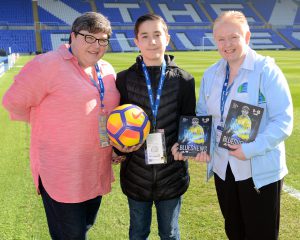 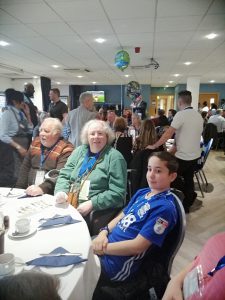 Lexie was nominated by her Mom Katie. Here is her story:

Lexie is a blessing in our life. She suddenly got diagnosed with a heart condition in 2015. She has such a strong personality and has never let it affect her until she started getting picked on in school because of her glasses. She is currently building up her self esteem and her hobby is football on a weekend! In January she lost her Nan. She attended the funeral and was the rock for everyone there! Without her, I don’t know where we would be. She also has a little brother who is 7. He has severe asthma and she is like his second mom. She even shares her bedroom with him and fetches him water through the night and tells him not to wake me!! 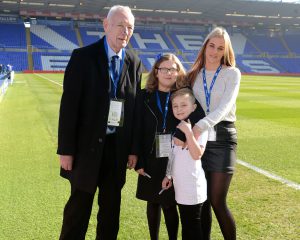 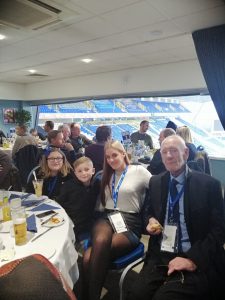 All of the families enjoyed the hospitality in the Jasper Carrot Suite. The match against Blackburn Rovers finished in a 2-2 draw. Che Adams was the Man of the Match and the children were all excited to meet him! 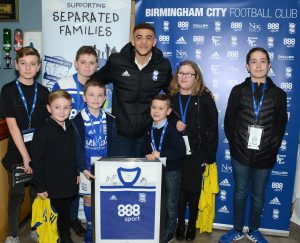 We would like to say a very big ‘Thank You’ to Birmingham City F.C Commercial team, (especially Tamara) for helping ‘Kids Need Both Parents’ raise an amazing £738.20 by raffling off a signed Blues shirt.