Home > Home Life > The changing role of a Father

The changing role of a Father

The change of a father figure 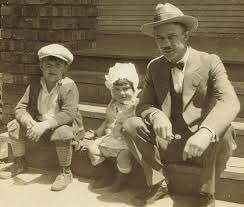 The economic trend was very black and white when it came to a man’s role and a woman’s role. Men were primarily to serve as breadwinners whilst women were house-wives. However, this then became problematic as father’s were hardly home and distant from the household and their families. With the rise of women working between 1948 and now, their increase in financial power has meant paternal financial support has become less necessary for some families. It has been stated ?in tandem with the growing autonomy of women, related trends such as declining fertility, increasing rates of divorce and remarriage, and childbirth outside of marriage have resulted in a transition from traditional to multiple undefined roles for many fathers.? As a result fathers have started to take on different roles as the generations have gone on.

A modern father can also be a ‘stay at home father’. This modern day father is growing rapidly and is completely different to previous generations. For many fathers, the decision to stay home with their children stems from:

Stay-at-home fathers are routinely confronted with stigma due to their flouting of the social norms surrounding masculine behaviour. Most of these fathers do not feel bound to these norms and are comfortable being affectionate and nurturing with their children, characteristics which are traditionally thought of as feminine. In addition, despite their increasing numbers their relative rarity can isolate them from other full-time parents. Some fathers report being shunned from playgroups and eyed suspiciously at the playground by stay-at-home mothers.

An example of the changing role of a father is Sir Richard Branson’s offer whereby he is offering up to 12 months of paternity leave to Virgin employees. Some would say this is a generous offer to all male employees at Virgin. Sir Richard explains ‘as a father and now a Granddad to three wonderful grandchildren, I know how magical the first year of a child’s life is but also how much hard work it takes.’ In turn, this emphasises how the role of the father is important and the need to equal the responsibilities to both the mother and father. 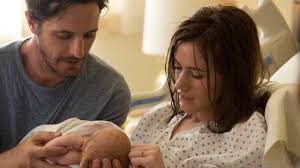