Previously, I published an article about men taking a more active role in care-giving. This article proves why parenting equality is so important and, the benefits it has to offer.

Paid paternity leave is just another indication of how important parenting equality is. A study has found that equality in the household, leads to better outcomes for fathers, mothers and their children. 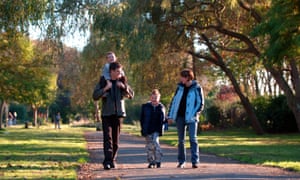 According to a landmark international study, women remain more responsible for childcare and domestic duties, even with their increasing role in paid employment. State of the World’s fathers report argues that hands-on fathers help produce happier and better educated off-spring. The benefits also include better physical and mental health for the father.

Although there is now 40% of formal work force globally, women still spend between two and ten times longer than men caring for children or older people. Moreover, there is a gender imbalance in childcare. It has been suggested that the key part of the problem is the lack of official support towards Fatherhood, yet there are many benefits to parenting equality. It has been stated with more parental involvement, the child’s cognitive development, mental health and social skills are boosted.

‘More benefits still occur when fathers are actively involved before their children?s birth, the study found, with men?s presence at antenatal visits being linked with fewer woman dying in childbirth and, in more developed nations, with better rates of breastfeeding.’

?Unless men and boys participate equally in unpaid work in the home, and unless governments, employers and families expect and support this involvement, gender equality will not be achieved,? it argues. ?Men?s emotional lives and their well-being and happiness will continue to be constrained, and they and their children will miss out on one of the most significant relationships of their lives.?

In terms of public policies and public discourse, the involvement of parental and domestic duties are invisible. Therefore, it is a case worth fighting for. KNBP believe that the child does need both parents, the reasons above explain why we believe it is crucial that both parents should play a positive and influential part in their child’s life.