Home > News > ‘On The Pulse’ Article – Local Charity gets a Boost

‘On The Pulse’ Article – Local Charity gets a Boost 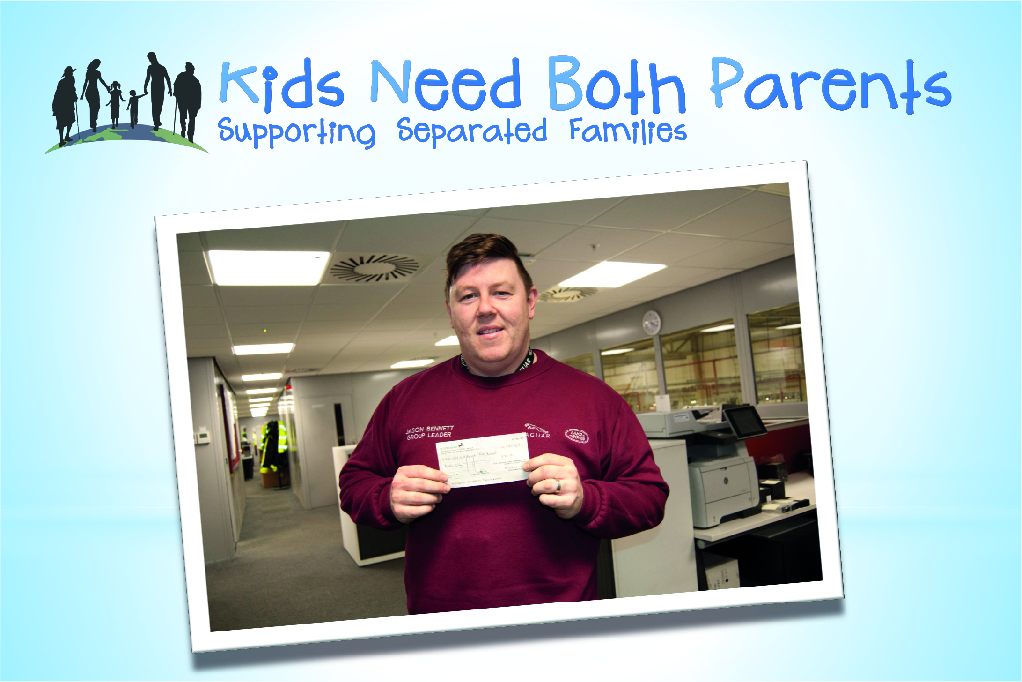 Jason a former Youth and Community Worker has been raising awareness of this local charity started by his wifes friend for which he helps with during his spare
time.
The charity specialises in helping separated families with a variety of therapeutic support functions for the adults and children, including meditation and legal advice.
Active throughout the community the charity will go into schools and run drama workshops to encourage children to explore their feelings.

Not solely focused on separation the charity also helps with the emotional trauma of bereavement, supporting the existing parent and children offering extended periods of consultation and therapy. The father of two children himself said the charity was going from strength to strength with government interest and lottery funding being secured.

Dennis Douglas a D block union representatives was so impressed with Jasons commitment to this great cause he raised it to the Jaguar Charity Committee who awarded them £500.