Legacy of the single parent 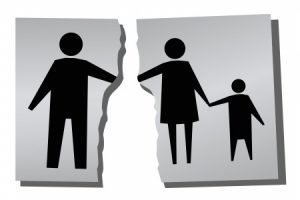 The full price paid by children for the breakdown of the family was spelled out for the first time yesterday.

A new analysis showed that children who grow up without fathers suffer throughout their lives.

They face a higher chance of death as babies and in adulthood they are more likely to be unemployed, homeless, or imprisoned.

The report, which gathers together research findings on all aspects of children’s lives to try to detect the overall effect of family breakdown, also found that the problems of children without fathers affect everybody around them.

It said that the collapse of the two-parent married family is partly to blame for increasing crime and violence, for the erosion of community spirit, and for growing welfare dependency.

One in five children now lives in one-parent families and the rise in cohabitation mean that another one in 14 now live with their mother and a man who has no birth or legal tie to the child.

The analysis from the Civitas civic affairs think tank comes amid renewed infighting among leading Tories over whether to put shoring up the traditional family at the heart of its policies.

The Government takes the line that the state should not tell people how to live. But the report’s findings suggest that neither major party will be able to ignore the growing evidence that the breakdown of the two-parent family is having a shattering effect.

According to the analysis by researcher Rebecca O’Neill, children without fathers are twice as likely as others to be in low-income homes and two to three times more likely to show as unhappy in tests than children with both parents.

The analysis found that young people in single parent families are five times more likely to suffer physical ill-treatment that those with two birth parents, and that the risk of fatal abuse in stepfamilies is 100 times higher than in birth parent families.

Civitas director David Green said: ‘When the rule that parents must care for their own children has been found to be supported by all the best academic research, it becomes irrational for the Government to pretend that family structure is no business of policymakers, and that all family structures are equally to be applauded and supported.

‘We need a change in policy that encourages responsible behaviour among parents.’