Home > Case Study > News > Harrison’s Day out at the Blues

Harrison’s Day out at the Blues

‘Kids Need Both Parents’ invited Harrison to join us for a VIP day out at the Blues after his Mom, Becky nominated him through our ‘Family Champions Competition’. Harrison is only 13 years old and has a life-threatening rare disease called Loeys Dietz Syndrome. Harrison has had aortic root replacement surgery in 2014 and had endured lots of visits to Birmingham Children’s hospital. Harrison’s parents separated when he was 5 and only has minimal contact with his Dad since and this has affected Harrison really badly.

Harrison was really excited about coming to the Blues match against Middlesbrough on Tuesday 6th March. He and his family joined us for a tour of the stadium, followed by getting their programs autographed by a former player, Ian Clarkson in the box. They enjoyed the hospitality and had a great time despite the match ending with us losing 1-0 to Middlesbrough. 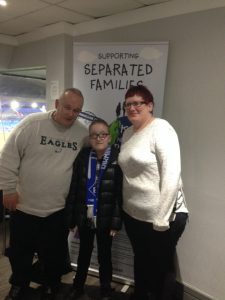 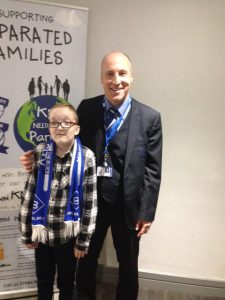