‘With these changes, many bereaved parents like me will have to pick between forcing themselves back to work or committing their children to a life of poverty,’ says widowed young mother Sara McCarthy

A young mother has spoken out about the “extreme financial difficulties” the sudden death of her husband had on her family, and said that the Government’s decision to “silently usher in” cuts to bereavement benefits risks committing children to a life of poverty.

Sara McCarthy, 31, was in the early stages of starting a family when the sudden death of her husband transformed her life into a living nightmare. Six months pregnant and with a three-year-old, she was left shocked and devastated last autumn when she heard that her fit and healthy partner, Robert, had gone to the gym only to not return having died of unknown causes.

Amid the excitement of buying their own flat in Jersey and the anticipation of having their second child, the death of Robert, 41 – known to his loved ones as Bertie – came as a sharp emotional shock for Sara, whose daughter, Elsie, is now four and whose son, Barnaby, is just three months old.

“I woke up in the middle of the night to find that he wasn’t home. It turned out he’d gone to the gym in the evening and not come back. I couldn’t believe it when I found out it was because he’d died of unclear causes,” Sara told The Independent.

“We were just starting our lives as a young family. We’d bought a house; we were expecting our second child. We’d been married five years. We were just really settled – excited and happy. Life was busy, hectic, but wonderful.

“But I went from just starting this life to waking up in a nightmare and not being able to snap out of it. It was a living nightmare. You don’t expect it – you really don’t.”

Aside from the grief of losing a husband and a dad, Sara and her children were quickly hit by the often under-reported complexities of the financial struggle that comes with the death of a breadwinner. 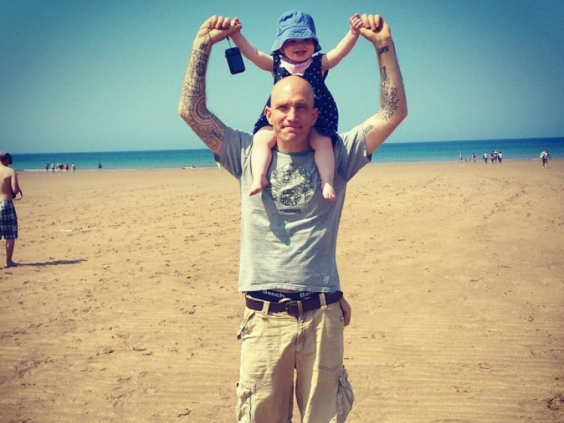 Elsie, pictured with her father a few years before his death, is now four-years-old

Robert had been a mental health nurse working on a zero-hour contract, while Sara, six months pregnant at the time of his death, was working as a social worker but was soon set to go on maternity leave. Following Robert’s death, Sara was signed off on compassionate leave for three months.

Since giving birth to her son Barnaby at the start of January, she has taken stress leave, and said her economic situation has been “extremely difficult”, with her only additional income being the Widowed Parent’s Allowance (WPA) – a benefit that has been quietly slashed by the Government to offer it to people for a limit of 18 months instead of 20 years.

“My childcare costs were £600 a month when Rob died, because we were both in work. Obviously we immediately dropped an income. Rob was on a zero-hours contract as a mental health nurse, so we didn’t have any destined service benefits as a result, so there was no pay-out from that sense,” Sara said.

“It’s been extremely difficult financially. I get £170 a month from Rob’s pension, and because I was pregnant with Barnaby when he died we don’t get anything for him. We had a very simple funeral, but it cost £5,000. We got £2,000 bereavement benefits upfront and that was really helpful, but it went straight towards the funeral. And then I get £394 a month from the Widowed Parent’s Allowance. That pays for food, clothes, nappies for the children – everything the children need. 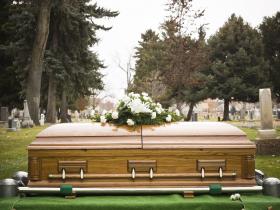 Cuts to benefits for bereaved families are both cruel and unnecessary

“With my husband a nurse and me a social worker, we were always strong believes in a welfare state that supports the vulnerable. We never thought that we would be the family that became the ones needing support. As a social worker and a nurse you strive to offer people support, but you never think you’ll need it yourself.”

Financial difficulties aren’t unusual for widowed parents, with more than seven in 10 saying their bereavement had a “serious or negative financial impact” on them and their family.  But while Sara and other bereaved families who lost their loved ones prior to 6 April will receive financial support from the Government for up to 20 years, families who suffer the death of a parent will now will receive the benefits for just 18 months.

The Government has branded it a move to “modernise” the current system by making it “simpler and tax-free”. However, the changes are expected to save approximately £100 million a year, which appears to contradict a pledge ministers previously made that funding for bereaved parents would not be cut, and has prompted concerns that for families like Sara, it will see financial support cut off at a time when it is still much-needed.

Sara said her priority now, six months on from Robert’s death, is the wellbeing and security of her two young children, and that WPA is critical to her being able to do this. “They went from a very safe, loving warm environment to Daddy disappearing overnight and Mummy being heartbroken, and that’s tough on them. They went from having resilient, safe, secure early years to all of a sudden becoming vulnerable,” she said.

“I couldn’t work. I’m a social worker for the NSPCC, and I wouldn’t be able to effectively and safely make decisions about other people’s lives when I am this heartbroken and in such profound grief and trying to rebuild my life. The Widowed Parent’s Allowance helped me to support my children, give them the support and stability by being at home on maternity leave for a bit longer. That’s a priority. 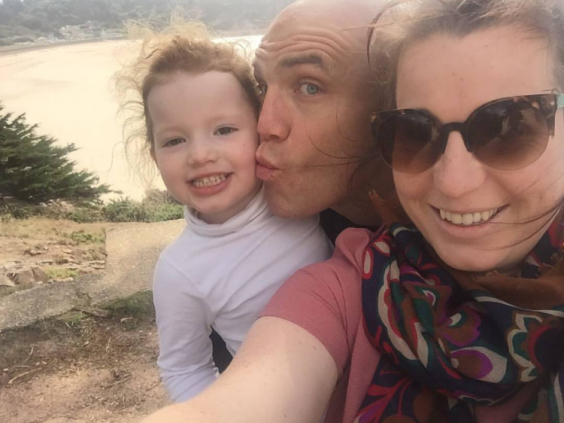 “I’m hoping to go back to work part-time, but I don’t know if I’ll be able to afford to do that at the moment. I definitely wouldn’t be able to do that without the benefits. Our children need me to be as financially secure as possible, to be able to overcome this and to raise these children around this horrendous tragedy that we’ve experienced. And the Government should support us to do that.”

Sara said she finds it “upsetting” that bereaved parents will from today be given just a year and a half of financial support to help them adapt to a life without their partner. “We’ve suffered an incomprehensible loss. I couldn’t have imagined it before this. Life is ruined, and money is not the answer – there is no answer – but it massively helps in a dark, dark time. I can’t get my husband back, my children can’t have their father back,” she said.

“But what they can have is me back; I can try and rebuild our lives and grow around this grief. And in order for widows and widowers to be able to do this and to support their children effectively and safely, we need other things in our lives to be as easy as possible. What’s so upsetting is that after 18 months they expect widows and widowers to adapt to this new life.

“In my case, because I own a flat for example, we’re not entitled to other benefits or support. Without the benefits, I would have to sell my house. I’d have to spend my deposit money, which we worked so hard to save, and then live in private rented, which does not afford my children the stability or security that I need.

“Without the support, I think people will really, really struggle. Because it’s such a change, you go from being capable, independent functioning members of society to broken-hearted and at the point of despair. It’s so important. It affords my children stability. It affords me the practical support to give my children the emotional support that they need to overcome this tragedy and to grow around it. With these changes, many bereaved parents like me will have to pick between forcing themselves back to work or committing their children to a life of poverty.”

Adding that the new policy made her feel “isolated” as a widow, Sara said the Government are able to “silently usher” in the cuts because those who would benefit from it in the future don’t yet necessarily know how much they will need the support, because of the unforeseen nature of losses such like that of her husband.

“It makes me feel isolated, like no one has a clue. Not even the people running the country have a clue how devastated and broken we are. They think ‘they’ll be fine’, and we’re not. It makes you feel very alone. I don’t know how we’re going to recover from this. We will, but we need to practical support to do so, and from today bereaved families will not have that. They’ll be under such an immense amount of pressure,” she said. 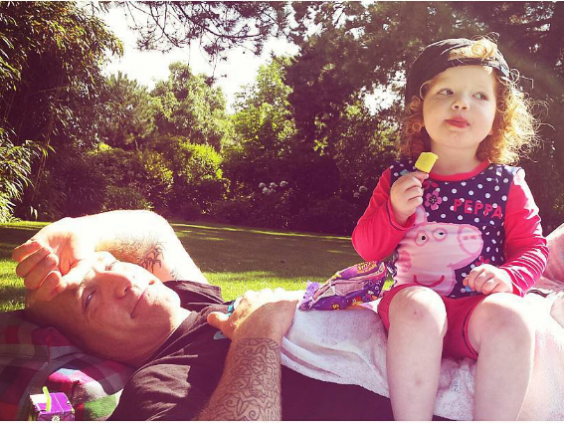 “No one thinks this is going to happen to them. I didn’t think my perfectly healthy husband would go to the gym and then not come home. The Government is silently ushering it in because people don’t know that it’s going to affect them until it’s too late. It’s awful.”

A  spokesman for the Department for Work and Pensions (DWP) said the changes were intended to “modernise the support” the benefits offer, and described the new Bereavement Support Payment as “simpler, easier to understand and tax-free”. He added that after the 18 months the welfare system would continue to be a “safety net” for those who need it most including those who are bringing up children alone, living on low incomes or struggling to get back into work – but failed to outline how.

Frank Field, Labour MP and chair of Parliament’s Work and Pensions Committee, meanwhile said the Government has reneged on a promise not to cut funding for bereaved parents. He has written to ministers to complain about the policy saving a hundred million pounds a year despite a previous pledge that there would be no reduction to the overall amount spent, and is planning to launch a campaign to compel it to “fulfil its initial intention”.

Speaking to The Independent, Mr Field said: “The Government has disguised these cuts as a shake-up to the system, when that is not the case. They said they weren’t going to make money out of it but they are. And it will mean grieving partners – mainly women – will lose a hundred million.

“We got them to move a tiny bit from a 12-month limit to 18 months. It’s shocking that initially they were going to take the money away on the anniversary of the death. I hope we’re going to build up a good and effective campaign. The Government is in a vulnerable position here, because it has said one thing and is doing another.

“It’s all happened during the Easter vacation, when Parliament is not around, but this will clearly affect people – even if it’s people who don’t know it yet. Rio Ferdinand’s programme shows that grief doesn’t just turn itself off at a set time. The goal should be to get that money spent, and extend the life of the benefit. We’ve got to make sure the Government fulfils its initial intention.”

Georgia Elms, chairman of WAY Widowed and Young, a UK charity that helps parents under 50 who have lost their partners, said in response to the changes: “Eighteen months is just not long enough. It feels like a kick in the teeth from the Government and just shows that the people who have developed this new bereavement support payment are not considering the long-term needs of the families impacted by a loss.

“What’s more, the latest bereavement support changes have been positioned by the Government as a move to ‘modernise’ an outdated system, yet unmarried couples with children won’t be entitled to the new benefits.”