Grandparents Day at the Blues

On Saturday, 7th April 2018, ‘Kids Need Both Parents’ were the Main Match Sponsors for the Blues against Burton game. Families were encouraged to enter our ‘Grandparents Day’ competition to nominate a Grandparent to enjoy a VIP Day at St Andrews. We did this because we believe that Grandparents play a very special and important role in many children’s lives. We had over 50 entries, so it was very hard choosing the winners. We had 2 tables in the Jasper Carrott Suite, a box full of people (including a mascot) and 24 people in the Gill Merrick stand (12 of whom were flag bearers). The overall winning family were Nigel and Kim who do a fantastic job of bringing up their 2 grandchildren, Ellie and Tommy (who they rescued  from social services and have looked after Ellie since she was  was 4 and looked after Tommy since he was born, they are now their guardians) and they were presented with a Blues shirt from ‘Man of the Match’ Jota. 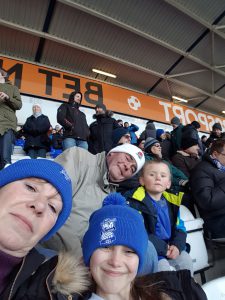 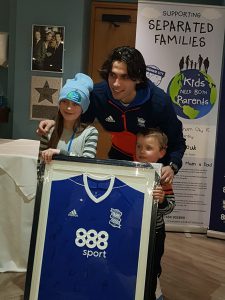 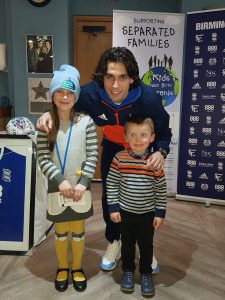 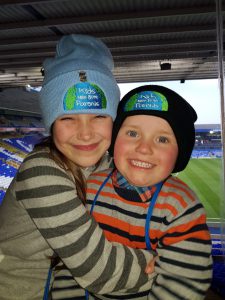 The runners-up were Angela, Leighton and Lawson. Angela helps to take care of Leighton who has Autism and emotional/behavioural and learning difficulties. Angela helps out a lot with Leighton’s behaviour. Leighton is a football fanatic and his favourite team is Birmingham City. He loves football so much that he played football in the garden in his wellington boots when it was snowing! Leighton and Lawson were presented with a signed football from ‘Man of the Match’ Jota. 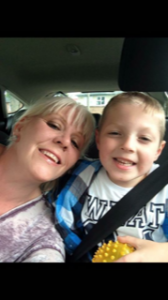 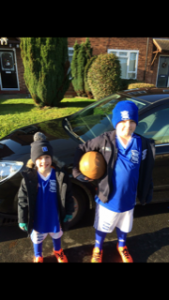 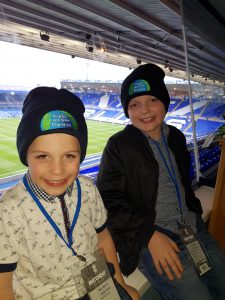 Ray and Ollie were chosen to lead out the teams from the tunnel on the day. They were joined by Ellie and Huey. They thoroughly enjoyed the experience. 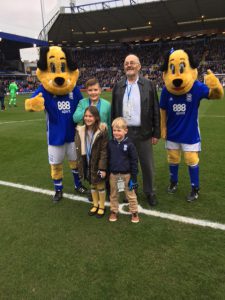 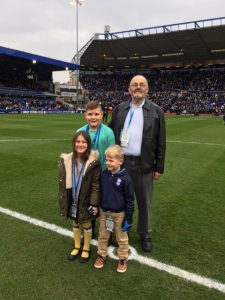 At half-time the shed was back! There was a competition run at half-time where you had to chip the ball into the shed from a distance. The winning family received 2 tickets to the legends lounge and the runners-up received a signed shirt. 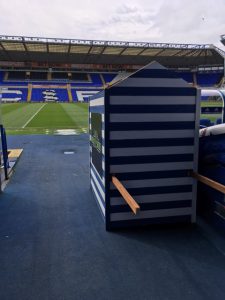 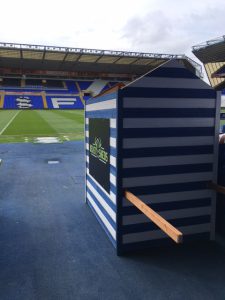 Thank you to Ricardo for kindly donated 2 x tickets for the Wasps rugby against Worcester. We raised £220 and Thank you to the winning bid in the auction. 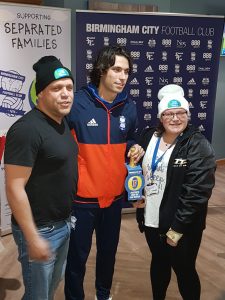 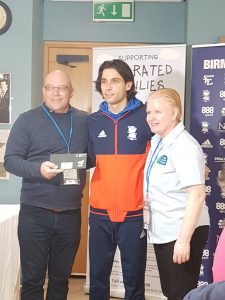 We had a competition outside the ground to ‘Guess how many balloons were in the shed?’ The winning answer was 97 and Rachel’s son correctly guessed the right amount. He will receive a signed shirt. 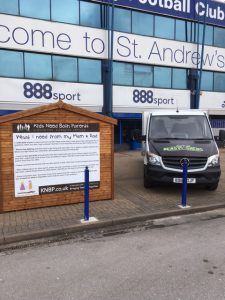 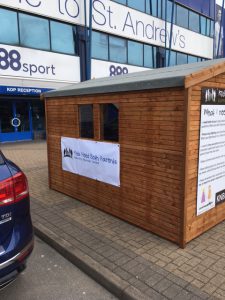 We held a collection on the day and the money raised on the day (including the rugby ticket auction and the ‘Guess how many balloons were in the shed?’) came to a total of £943.44. We would like to thank everyone for their generosity and especially our volunteers from AccessiBlues including Steve Portman.