Four ways parents damage their children’s future without realising it 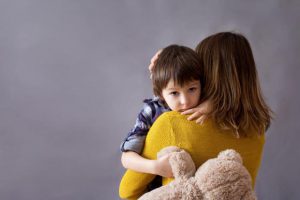 Your children are influenced by everything you do

Parenting is hard. It’s arguably the hardest job in the world.

Children are influenced by everything around them – their peers, their teachers – but it’s undeniable that their parents have one of the biggest roles to play in shaping their futures.

No parent is perfect, but a psychologist has revealed that the tone of voice in which you speak to your children, the way your sentences are phrased or the labels you give to your children could have unpleasant, long-term repercussions.

Clinical psychologist Ma. Lourdes ‘Honey’ Carandang explained to Inquirer.net that there are four instances in which you could be accidentally negatively impacting your child’s life:

You may love your children an equal amount, but if one has achieved more and you have a tendency to introduce them to people with a qualifier, but don’t do so for their sibling, that can have an impact.

For example, you might say: “Here’s my clever daughter, Sarah. And here’s my youngest child, Max,” which isn’t even.

“That’s the kind of bullying that’s very subtle. It is insulting, it is pulling down (the other child). Parents can be guilty and not be aware,” Dr Carandang says. Children notice these things more than you might realise.

Playful nicknames can seem harmless, but they could actually scar a child for life if used often enough. Of course, you shouldn’t wrap your child in cotton wool, but name-calling from a parent can seriously damage a child’s confidence.

According to Dr Carandang, using labels like that can lead a child to develop feelings of resentment towards the parent and start to believe they truly are lazy or stupid too.

Most people know to steer well clear of this one by now. If not, you obviously escaped one of the

most scarring childhood memories, that of cute baby Bambi’s mother being shot dead by

hunters, leaving him sad and alone in the woods.

Ursula makes a pact with mermaid Ariel that she will make her human in return for her voice.

Her voice! She must then get a man to fall in love with her, without being able to speak.

This one is seriously trippy. It’s Disney’s third ever movie but instead of pretty dresses and

Prince Charmings and happily ever afters, all we got was a visit to Satan’s lair in ‘Night on

That fairground is enough to put you off any old-fashioned fun for life. It’s called Pleasure Island

but there is absolutely zero pleasure involved whatsoever. Naughty boys are turned into donkeys

and the whole wooden puppet coming alive thing doesn’t really do it for us either.

There are plenty of frankly horrifying moments in this supposed children’s film from 1941, but

none so harrowing as the scene when Dumbo visits his imprisoned, supposedly mad mummy

elephant and she sings him a lullaby while cradling him in her trunk.

This ‘movie about bunnies’ may look cute enough but Watership Down is proof that animation
does not equal adorable. It’s possibly the most traumatic film you’ll have seen in, well, forever.
It’s really bloody in parts and should quite clearly never have been rated a U, even in 1978.
Tiny Thumbelina is kidnapped by toads shortly after birth, nearly drowns in a waterfall,
betrothed to a blind old mole who lives underground, forced to dress as a bug and dance at a
freaky insect ball, spanked by Mr Beetle with a cane and her lover Prince Cornelius is frozen
in an ice block. Oh and her best friend nearly dies. Lovely.

3. Setting an example of bullying

Not only do children pay attention to what their parents say (most of the time), they also pick up on what you do. So if they see their father talking down to their mother, they may start to think it’s alright for men to treat women as inferior – and for women to accept it.

“This is because the children model themselves after the parents,” says Dr Carandang.

Although your parents probably always denied it, some do have favourites, and often the wrongdoings of those children go unpunished whereas their siblings’ don’t.

Dr. Carandang stresses that when you children argue, it’s paramount to listen objectively to each of them so you can react fairly. And even if older siblings should be more sensible, it’s important not to neglect their emotional needs either.

“What we don’t see is that the origin (of the behaviour) could be the home, so let’s be aware of how we discipline our children. We have to do away with putting down or emotionally labeling our children,” Dr. Carandang says.