Continuing on from the 1920/30’s lifestyle, the 1940’s lifestyle was about to embark on a long and hard time as the World War Two had already begun. Marriage rates had increased rapidly however, divorce rates had slightly raised too:

Marriage rates were still going strong. Like in the 1920/30’s women had to stay with their partners as it was their duty and, it seems as though there was no time for divorce as separation was caused more by death and evacuations than choice from the WW2.

Again, there are three clear subjects that may have kept divorce rates low: 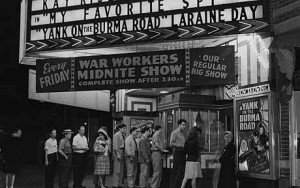 To conclude, like the 1920’s there was not much available for both parents and children. However, this was not a chosen lifestyle, the war dictated people’s lives and how they lead it. Although the war was present, family time was still cherished and stereotypes were still kept in place.