Previously winning our Aston Villa VIP Day competition, Mrs Bev Bynt and her family (husband, son and grandson) joined KNBP on Saturday 28th November 2015 to watch the Aston Villa v Watford game. Although Aston Villa lost, the Bynt family had an amazing day! Bev’s entry was to win the VIP day for both her son and grandson. Her entry was extraodinary, at the age of 4, Bev’s grandson Lewis rescued his Mom from death and received a Midlands young Hero of the Year award. His bravery and courage has been fully recognised by both Kids Need Both Parents and Aston Villa FC. Lewis, now aged 7 was greeted by ex Aston Villa players who presented him with a signed football and the opportunity to become mascot in a future game.  The family appreciated the whole day and shortly after the game sent a thank you to KNBP:

A really big thank you to you all.  We all had a wonderful day and were overwhelmed with the warmth and generosity of your hospitality. Lewis and Ian didn?t stop talking about it all the way home and for us two parents/grandparents it was so good and heart warming to see them enjoying the day so much.  After all the trials and tribulations they?ve been through, it was a joy to see their broad smiles fixed permanently on their faces all day.

It was Lewis’ first ever football match – they all deserved this special day, he is a little hero! We would like to thank the Bynt family for entering and attending the match, they made the competition worth while! (Please see pictures below) 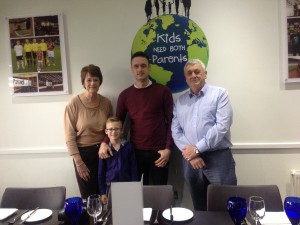 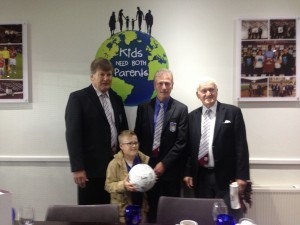 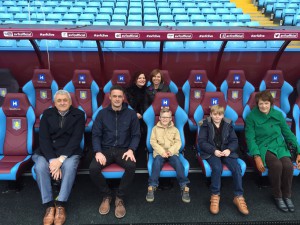 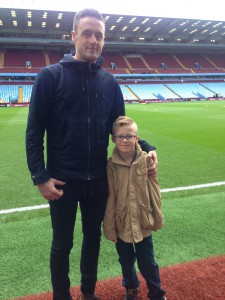 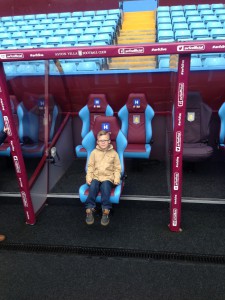