‘Kids Need Both Parents’ would like to say a big ‘Thank You’ to Bordesley Labour Club who recently put on a Christmas Party for AccessiBlues, a disabled supporters group from Birmingham City F.C. and Tilton Talk the official unofficial radio show dedicated to Birmingham City.  There was live music from The Colour Six and Samuel Rogers Music, a raffle, tombola and food which went down well with everyone! 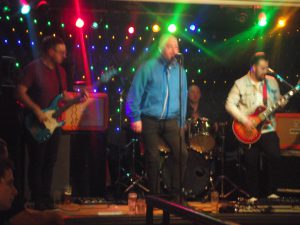 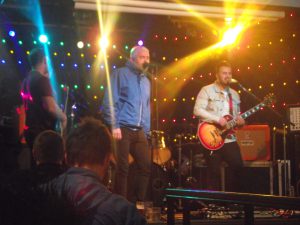 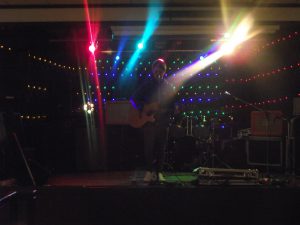 Professional boxer Charlie Williams who is Midland Champion & International Title Holder was kind enough to come along and show everyone his belts that he had won and stayed chatting for a while with everyone. What a top bloke! 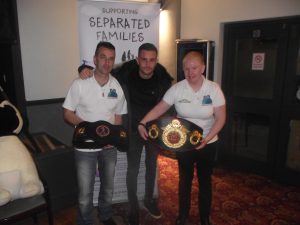 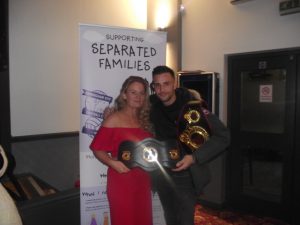 Brenda did really well on the raffle, she was very pleased with her prizes. Ben won the large dog that was kindly donated by Ashley from the Beast Shed Office. 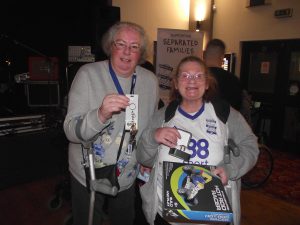 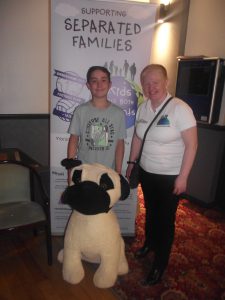 ‘Kids Need Both Parents’ raised £274.24 from the raffle, tombola and bonus ball. A great night was had by everyone. It would be fantastic to do it again next year! Thanks to Ada, Ian and the rest of the staff for all their hard work!