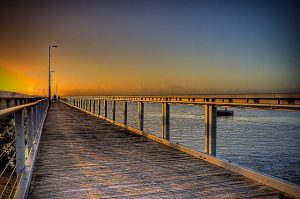 Professionals came together to recognise the impact of parental alienation on children at a special conference organised by the Central London branch of FNF (Families Need Fathers) this Saturday.

Senior figures in the sector attended, including Cafcass CEO Anthony Douglas, His Honour Judge Stephen Wildblood, barrister Francesca Wiley QC and the NSPCC’s Head of Safeguarding, Chris Cloke. They all recognised the harm caused to children and parents by this persistent form of emotional and psychological abuse.

Speaking candidly, Cafcass CEO Anthony Douglas recognised that parental alienation ‘..usually has a part to play in every high conflict case’. He acknowledged that Cafcass are playing ‘catch up’ on the issue – Douglas compared the organisation’s current response to the way it treated domestic violence a decade ago. But none of the hundred or so strong audience of professionals and alienated parents could have been in any doubt that Mr Douglas is committed to ensuring his organisation plays a strong and active role in preventing this abuse in future. For one thing, tackling parental alienation will be a central plank in the new High Conflict Pathway (operational protocol) that Cafcass is developing. Douglas spoke movingly of his own personal experiences of alienation as a child when his adoptive mother turned him against the man he knew as his father. He went on to speak of a later experience when he met a father reunited with his now adult son after years of alienation. As a child this young man had made very serious allegations against his father who was then convicted of abuse in the criminal courts. Now years later, having established a strong bond with his father, this young man freely admitted that the abuse simply didn’t happen.

Answering a question from the audience about the worryingly low numbers of his staff who had viewed the online training material on parental alienation, Mr Douglas recognised that there was still much to be done to bring all of his staff onside with the new way of working. Whilst strongly defending the commitment and professionalism of Cafcass practitioners, he accepted that ‘It will take us some years to achieve recognition among all staff’. He did, however, confirm that training in the High Conflict Pathway will be mandatory.

His Honour Judge Stephen Wildblood was equally outspoken in his own speech at the conference. Starting with a clear statement that both parents should be involved in the life of their children unless serious issues have been identified, he questioned the basic assumptions and ways of working of the family courts, asking:

“What will people say of us in 35 years’ time when they look back on the way we handled family disputes?”

The Judge emphasized consistency of approach and early therapeutic intervention as ways to resolve conflict. He moved on to quote case law on parental alienation, before giving his own definition of the condition, one that was remarkably similar to those used by other professionals. Showing a very clear understanding of the subject Judge Wildblood used the example of the child who refuses to go to school. It doesn’t help to simply ask them what they want. ‘The problem with wishes and feelings report is that this reinforces the problem in alienation cases’.

He also gave the audience the troubling image of the alienated child who looks in the mirror and sees the image of their own father within them, going on to talk of the psychological impact of that realisation on the child’s mental health and wellbeing. Seeing parental alienation as a generational issue, Judge Wildblood warned of the dangers of the alienated child growing up to become an alienator themselves – visiting the curse onto the next generation.

The importance of ensuring direct and substantial contact with both parents was a key feature of Judge Wildblood’s speech. Warning that the Courts turning to ‘indirect contact’ as a halfway house in intractable cases only further distances the alienated parent from the child, he asked the question:

“How do you write to a child that you don’t see?!”

This point that had a very clear resonance with many of the audience.

Showing the empathy and understanding that has rightly earned him his reputation as a beacon of hope in the Family Division, the Judge responded to a question from one alienated parent who had endured 37 hearings in the Family Court. “The pain you feel is quite obvious and I feel very sorry about that.” Robust case management is a key element that Wildblood wants to see in all cases but particularly those where alienation is an issue. These cases cannot be allowed to drag on.

Child psychologist Dr Hamish Cameron reflected on the many presentations during the day by experts, including solicitor Joanna Abrahams and parental alienation expert Dr Sue Whitcombe, who emphasized the importance of early intervention in such cases to prevent or minimise the harm to children. There must be a presumption of normality where both parents are involved, unless the legal threshold of harm is met. After all, in almost every case, it isn’t the child seeking a separation but one or both of the parents.

The event was organised by FNF Central London branch committee members John Baker and Vincent McGovern to mark the start of a more public campaigning and lobbying initiative designed to move the agenda forward and support a growing recognition of the damage caused by parental alienation to the lives of children and parents. There was a very clear feeling that an increasing number of professionals are now both aware of the phenomenon and putting into place measures to protect children from this insidious form of psychological abuse.